The Azure Flamebursts are an immensely powerful magic treasure that allowed Yuan Yao to scatter an attack from a Nascent Soul cultivator, and transform into a scarlet red bird that can move at extreme speeds. She used the scarlet bird transformation to escape further attacks by Man Huzi who had just effortlessly killed another Core Formation cultivator.

Through channeling magical power into mind control, Yuan Yao is able to charm cultivators to have them do her bidding or make actions that are favorable. Using a combination of mind control, flirtatious and seductive moves she can permanently bewitch weaker cultivators.

The Green Flameblasts are single-use firebombs that possess the magical power of a fireball created by a Nascent Soul cultivator. The firebombs were able to incinerate Ironfire Ants that were considered to be immune to fire-based attacks. 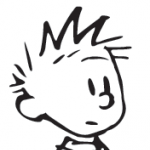